Determination of asphalt softening point by the method “Cock” 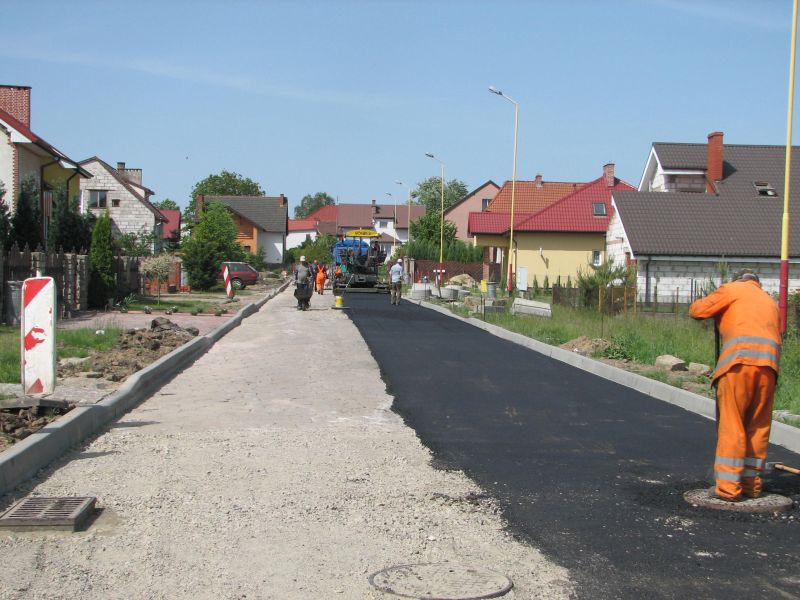 Determination of asphalt softening point by the method “Cock”.
The softening point is called temp., in which the standardized bitumen sample, under standard conditions it undergoes normalized deformation.
The test consists in determining the temperature, in which the deforming asphalt sample, placed in a ring immersed in heated water and loaded with a steel ball, touches the base of the apparatus.
Place two rings with the tested asphalt in the two holes in the camera's plate, and a thermometer in the third hole. Put the device with the rings into a glass vessel filled with distilled water of temp. 50°C, so that the height of the water column above the upper area. rings equaled 50 mm. Po 15 min take the device out of the vessel, place steel balls in the center of each ring filled with asphalt and put back into the vessel. Place the dish on the gas burner and heat it up, so that the temperature rise. water after the first 3 the min of heating was 5 ° C / min. Temperature, at which the asphalt softening and bending under the weight of the ball touches the bottom plate of the apparatus is assumed as. softening of the asphalt.
Take as the result the arithmetic mean of the results of at least two determinations, that do not differ by more than 1 ° C at a certain temperature. softening up to 50 ° C.

Asphalt penetration determination.
Penetration is defined as depth, to which a standardized penetrometer needle is immersed in the tested asphalt under standardized temperature conditions, load and time. The degree of penetration is the unitless number that corresponds to the depth of the penetration needle 0,1 mm.
Water thickness above the area. samples should be at least 10 mm. Penetration needle, washed with solvent and dried, place in the pin and load with a mass compensating the mass of the entire movable part of the penetrometer to 100g. Then set the needle at a place distant from the edge and from the center of the vessel by at least 10 mm, so that its end lightly touches the surface. asphalt, then set the arrow to the zero point of the dial. Start the timer and simultaneously press the pin release button, allowing the needle to sink freely in the asphalt sample. The needle penetration depth is read 5 seconds after the needle is released. Make at least three measurements, directly one by one, in different places of the asphalt.
The result is given with an accuracy of up to 1 penetration units. For the final result of penetration, take the arithmetic mean of the results of three measurements that do not differ by more than 2 do 8 penetration units depending on the specified penetration value.

Determination of the toughness of asphalt.
The ductility of asphalt is defined as its ability to deform when tensile. This ability is measured by the length of the sample at the time of its breaking.
The test consists in measuring the length of the asphalt sample in tension under standardized conditions at the moment of its breaking.
place the asphalt mold in the ductillometer, they put it on appropriate pins. After establishing the temperature. at 25 ° C, start the instrument drive mechanism, so that the tensile speed of the asphalt is 5 cm / min. During the test, observe the behavior of the asphalt and read the position of the ductillometer pointer at the moment of its breaking.
Take the arithmetic mean of the results of three measurements as the final result, not differing from each other by more than 10%.
Marking of the permeability of the roofing felt.
The test consists in subjecting the felt sample to one-sided action of water under hydrostatic pressure and observing it, that the sample shows no signs of seepage over time.
Prepare three circles of felt with a diameter for the test 80 mm.
Place a single sample with a disc of filter paper placed on its underside between the gaskets of the device, and then tighten them evenly with the three screws. Carefully pour water into the instrument tube up to approx. 100-500 mm. After the time specified in the standard in question (the most common 72 or 120 hours)check, if there was any water leakage through the roofing felt sample. This is facilitated by the presence of tissue paper, which in the event of a leak will get wet.
The test result can be considered positive, if no water is permeated by any of the three tested samples.

Checking the flexibility of the roofing felt.
The test consists in bending the roofing felt under standardized conditions and observing the resulting effects. It concerns the assessment of the degree of loss of felt flexibility caused by the reduced temperature. surroundings.
Cut out the felt paper 4 samples with dimensions of 200×200 mm. Roofing felt strips with appropriate blocks, the dimensions prescribed by the relevant standards, store in a water bath at. variable according to the following cycle:
– by 10 do 15 min in water with temp. +20±2°C;
– for approx. 30 min in water with temp. +4±1°C;
– for approx. 30 min in water with ice at the temperature of.0±2°C;
After removing from the last bath, a sample is in line 1 s Bend once around the block half circumference of the block with a steady motion, by observing the top layer with the naked eye. The time from taking the sample out of the water to the end of the test should not be longer than 10 seconds.
The test result can be considered positive, if at least two of the three tested samples did not show any scratches and cracks visible to the naked eye.
Determination of the bulk density of selected insulation materials.
Bulk density expresses the mass of a unit volume of a granular material (loose) along with the pores contained in the grains and with the inter-grain cavities contained in a unit volume. There are two conventional states of the granular material: loose and compacted.
The bulk density is given by the formula:
Gn=m/V m=m1-mc
m- mass of the bulk material sample [g];
Vj- bulk material sample volume [cm3];
mc- cylinder weight
m1- mass of the whole material
Determination of the water absorption by weight and by volume
The test consists in determining the amount of water absorbed by capillary forces by a dry sample immersed in water.
The mass water absorption of the material is calculated according to the formula: Nw=(m1-m)/m*100%
m1- mass of the sample taken out of the water [g];
m- mass of the sample before placing it in the water [g];
The volumetric water absorption is calculated according to the formula: no = {(m1- m)/V}*100%
Determination of the coefficient of thermal conductivity ?.
Specify the amount of heat, which passes through a given surface of a sample of a given thickness at a given time at a given temperature difference on both sides.
It should be in turn:
– cut or form three specimens with dimensions 200 200 mm;
– dry the samples at temperature 105- 110°C;
– place a test sample of the material between two flat plates of different temperature;
The L thermal conductivity coefficient is calculated according to the formula:
L= qd/(delT-qw) [W/m°C]
q- average of the heat flux;
q = Ki(delE / delt) [W/m2];
d- the average thickness of the sample, [m];
delT- temperature difference. hob and cooling plate, [K];
his- watt-hour meter difference, [Wh];
divided- time difference between readings, [h];
w- constant camera;
Ki- conversion factor;
Demonstration of flammability of selected insulating materials.
The type of material affects the degree of fire risk of the building. With regard to flammability, the following groups of materials are distinguished:
-non-flammable, which under the influence of a flame or high temperature. do not ignite within a certain period of time, do not smolder, they do not char and do not emit flammable gases;
-palne, which is divided into:
-hard to ignite, which ignite with difficulty when exposed to a flame, they smolder and become charred; if we remove the flame, the material stops burning;
-easily flammable, which ignite with a flame or smolder and this process continues even after removing the source of the fire.
The sample is exposed to fire. After some time, we turn off the burner and observe how the tested sample behaves, i.e.. is it still on fire, is it smoldering or maybe glowing.