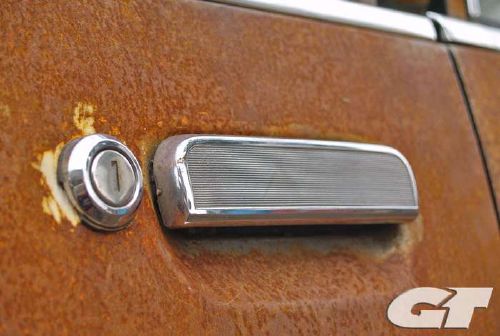 The presence of corrosion products in the form of rust

The presence of corrosion products in the form of rust. The anodically dissolving iron sends ions to the solution. Another important reaction takes place at the cathode, namely, the formation of ions (OH)- as a result of the reaction. Oxygen from the air enters the cathode region. The increase in the supply of oxygen to the cathode causes the production of a large amount of ions on it (OH)- and the binding of large amounts of electrons, and thus indirectly accelerates the anodic dissolution reaction of the metal, that is, its corrosion. Either of these two effects of oxygen increases the amount of corrosion reactants and accelerates the formation of rust. In other words, the presence of oxygen significantly accelerates the corrosion of the anode and the formation of corrosion products (rust) on the cathode. The electrochemical corrosion process presented here is based on the operation of electric cells. In practice, the picture of atmospheric corrosion is as follows. Metal surface, e.g.. the iron is always covered with a film (with a layer) moisture due to its presence in the atmosphere. In a thin film of moisture, just like when a metal is completely immersed in water, the anode dissolves with the shipment of iron ions . The area on the surface of the iron, where the dissolution of iron takes place is the anode region. The electrons travel to an area with less potential, which is the cathode region. Reactions take place at the cathode, i.e.. hydrogen formation reaction, formation of hydroxide ions and insoluble iron hydroxide. The latter is formed by combining iron ions passing from the anode area with hydroxide ions formed on the cathode. These processes take place continuously, until equilibrium is established.